You open your mailbox and pick up La Directa’s number 512, the second this November 2020. You browse through the cooperative newspaper, committed to social transformation, and in its “cruïlla” section you find Guillem Martí’s article “Fer el salt a l’oligopoli digital” (“Stand up the digital oligopoly”). He says the alternatives to Google, Amazon, Facebook, Apple and Microsoft (GAFAM) are already a reality, we don’t need to conform to being technologically dependent. There are options with free, technoetic and cooperative technologies.

Guillem Martí explains in La Directa the bad practices of surveillance and data commercialisation by the corporate oligopoly of digital platforms, which has been placed among the 7 companies with the highest capitalisation in the world (if investment funds are excluded). It mentions the allegations of massive surveillance made by Edward Snowden in 2013 and the Cambridge Analytica scandal of information manipulation in 2016, to go on to review the security and digital resistance recommendations made by the Críptica collective.

To migrate, we need services that offer solutions for us to adopt these tools. The article mentions the report “Les infraestructures digitals de les economies del comú” (“The digital infrastructures of the economies of the common“) that the cooperative ColecTIC has produced together with the pam-a-pam team and Dabne, where it is shown that entities and groups of the Social and Solidarity Economy depend mainly on private and corporate technologies. To cut this dependence there are solutions already available and they just have to be adopted. The article mentions services such as Pangea, MaadiX, Decidim, Komun.org and also CommonsCloud.coop and femProcomuns. As well as collectives, associations and cooperatives that are working on alternatives such as EXO/guifinet, CoopDevs, Col·lectivaT and the Xarxa de Ràdios Comunitàries de Barcelona (Network of Community Radios of Barcelona).

It also refers to the shortcomings in the inclusion of the feminist perspective detected in the report of the Catalan Social Market of the XES (Xarxa de l’Economia Solidària, Catalan Social and Solidarity Economy Network) and the bias that is given by the fact that there are no female or non-binary programmers in the free software communities. It mentions the “Feminist Principles of Internet” and the groups that work in this line as Zorras Binarias, Donestech, Hybridas and Digital Fems, as well as Pangea’s initiative “La Xarxeta de Continguts” (the smallnet of contents), in which we participate as femProcomuns. 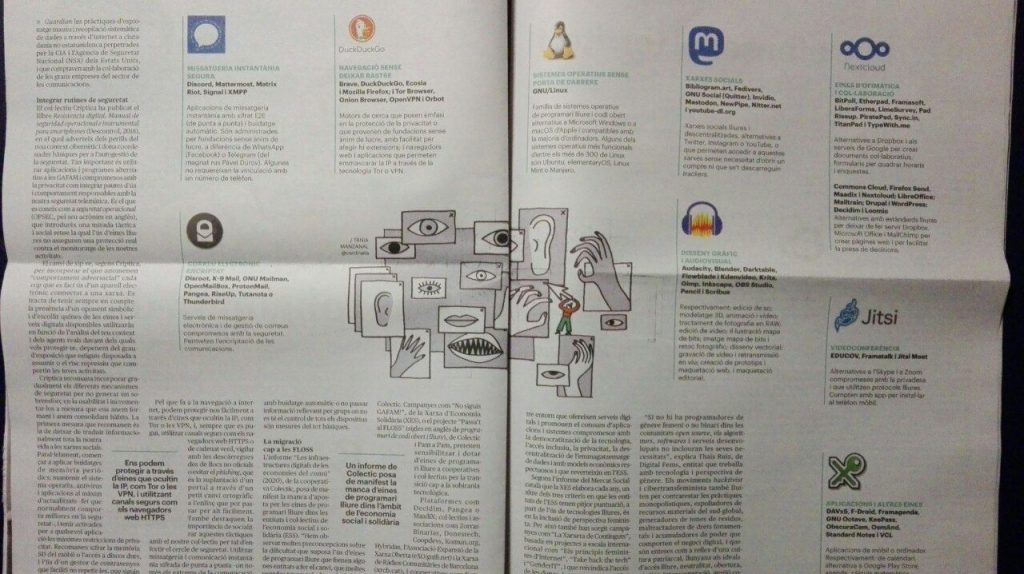 From femProcomuns, as a multistakeholder consumer and work cooperative, we are contributing to the existence of alternatives to the digital oligopoly of large corporations. For more than two years we have been promoting the CommonsCloud.coop project, which we are currently co-producing with BTactic and LliureTIC, where the people and entities that use the services become members of the cooperative, with the right to participate in our assembly, and where they access the services through fees. It is a joint project with the purpose of being supported by the users and designed to be scalable through the standardisation of services. All services are made with free software and can be used with one single user accounts.

Currently the services of CommonsCloud are:

These services will be improved and expanded based on the needs of the people and entities that use them. We are already working to incorporate new services. The account management is done with LDAP, which allows access to different contracted services with the same accounts and entities with dedicated services can make an efficient management of permissions according to working groups and regular collaborators.

In addition to CommonsCloud project, with the Transitant Group at femProcomuns we accompany organizations in the transition towards techno-ethical technologies and commons models. With Teixidora.net we offer an open platform to share notes and content by interconnecting among them, and from XOIC we promote the development and use cases of open internet of things.

We know that we are not alone in this, we are part of a wider movement of people who are not happy with teleworking, communication and relationship tools being in the hands of a few multinationals who seek to control and commodify us. And that’s why we self-organize and build networks, both locally and internationally. As Guillem Martí says in his article in La Directa the alternatives are already a reality. We only have to stand up the oligopolies that would us to be dependent and take the leap to alternative services, to consolidate and strengthen them. 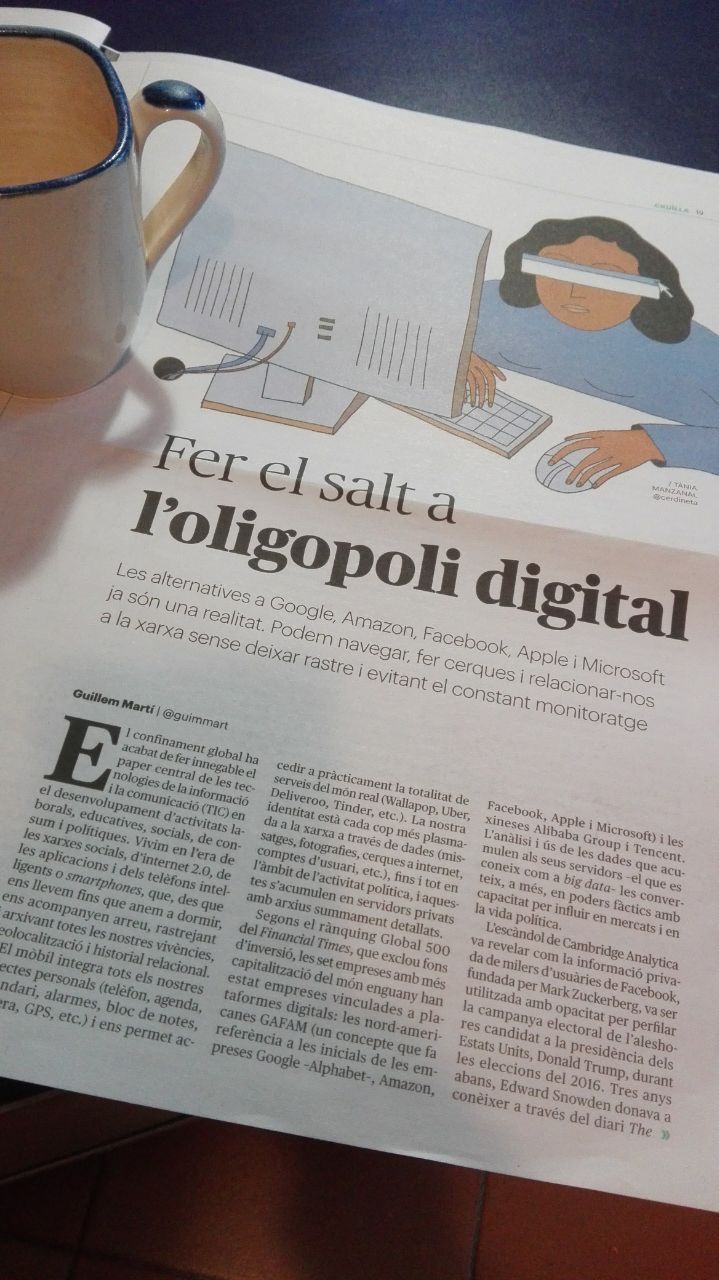