CommonsCloud  is a digital cloud service where users are cooperativists. On the 17th of March we are going to do an activity to collaborate on improving the tools by completing the Catalan translation of one of them. We had also prepared a session to learn more about the whole of the CommonsCloud tools through a creative activity, but we have postponed it due to the extraordinary circumstances we are experiencing.

The CommonsCloud service is an integration of opensource tools under the same user account. There is an office with storage, editing and calendar; an agora; and also a project manager. This is done with an opensource programme called “Phabricator” which is currently only translated in its 6% into Catalan (and in its 7% into Spanish). We want to value the strength of users and sympathisers to achieve progress in the translation of this tool. Doing so we will have the project manager translated and at the same time we will make it available, in Catalan, to other communities that also use  Phabricator (such as Wikimedia), since we will translate it through Translatewiki. That is why several organisations have conspired to make it possible: femProcomuns, BTactic, LliureTIC and Amical Wikimedia. The activity is also part of the Responsible Consumption Week since CommonsCloud is a project of its users (people and entities), and they are aware that using corporate clouds is giving power and data to multinationals that understand the economy as maximization of profit for a few, rather than a way to collectively meet our needs.

You are all invited! 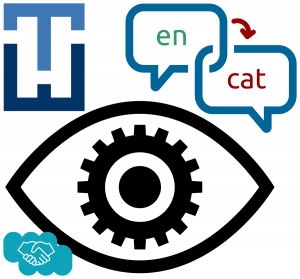