The members that form the Trunk of femProcomuns adhere to the manifesto of the Solidarity Economy, promoted by Roca Galès, given the judgment issued against the Catalan political leaders and activists of the independence process. We also inform that the cooperative work members will go on strike tomorrow, October 18, and we invite you to participate in the mobilizations. 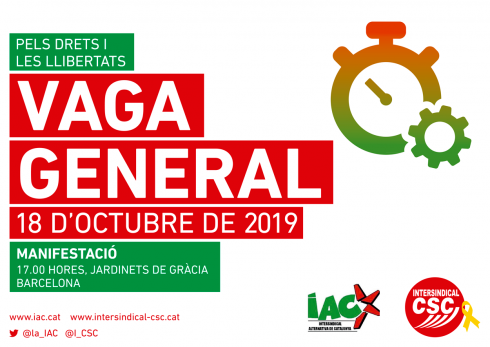 We reject the sentences handed down against October 1st defendants because they represent a setback in civil rights, thus we will go out to join the mobilizations to defend democracy and freedom.

Here you will find the manifesto that will be read publicly on Friday, October 18 at 11 am in Plaça Urquinaona in Barcelona.

As stated by the manifesto, from the ideological plurality and the shared values of cooperativism and solidarity economy, we reject this ruling curtailing our rights.