This is an article written by the researcher Vera Vidal who accompanied us in the third edition of the program of La Comunificadora (2018-19), while she was doing research for her PhD. This was also Vera’s contribution to the International Meeting Transitioning Ecosystem: Models to sustain the commons, which we held online last October 4. 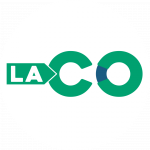 « The master’s tools will never dismantle the master’s house »(1). Often used in activists circle, Audre Lorde’s famous declaration can end any discussion on how to dismantle capitalism and result in resignation rather than action. Nonetheless, it is up to debate what constitutes the « master’s tools » in the first place, especially when they were appropriated from us first. After all, hers was a call for revolutionary experimentation, embracing difference. This was on my mind while I studied La Comunificadora, Barcelona Activa’s(2) accelerator program for the commons-oriented collaborative economy, in which the Commons Sustainability Model came to be the model it is today . How could a format such as an entrepreneurship-training programme, usually criticized for (re)producing capitalism, actually produce other understandings and practices of the economy? To answer this question and as part of my PhD research, I followed the third edition of La Comunificadora as an observer in 2018-2019 and interviewed participants from the first two editions. What I found was that, instead of reinforcing capitalist understandings of the economy and a model of entrepreneurship tied to it, La Comunificadora can be the site of producing a diverse economy(3). To achieve this, Gibson-Graham’s analysis put forth the need to combine a politics of language, a politics of the subject and a politics of collective action. 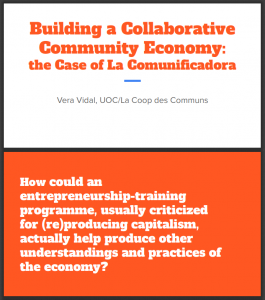 First, language. La Comunificadora attempts to liberate the languages of economic difference by conveying other values. First the teaching team denaturalizes the collaborative economy and the platform economy. Silicon Valley platforms are no longer just “platforms” but become “extractive platforms”, that are neither neutral nor unequivocally beneficial. They attempt to reframe values attached to them with their own situated framework drawing from international and Catalan academics and activist-scholars on the commons and the social market, putting the community at the centre. They resignify key notions such as community and the cooperative. Community is a fuzzy term, easily co-opted by multinational companies to convey unity and immediacy when merely referring to their clients. Cooperatives were sometimes associated to backwardness and fraud because of hearsay. The teaching team also introduces and normalizes notions unfamiliar to many participants, such as the commons and open knowledge.

Second, subjectivity. This reframing process is also that of themselves as an ongoing process. La Comunificadora can act as a catalyst rather than a trigger of a larger process of redefinition of one’s life choices. Participants arrive at La Comunificadora with a disposition to change but much of the work is still ahead. This transformation is not only that of reframing economic notions, but also that of affirming one’s vision and acting upon it. By accessing a new vocabulary or deepening one’s understanding, participants can start naming things, giving them a sense of possible connection and relevance. This self-transformation is also that of recognizing and acknowledging our interdependence, rather than just transforming into an enterprising self: they realize their own agency and the impact they have on the collective and can develop an ethics of decision. They start realizing that their choices affect others, by allocating demand, money or power towards companies whose values they may or not be aligned with. Prioritizing certain types of enterprises, like cooperatives over large for-profit companies, can become a new norm. By affirming one’s vision and value, by reintroducing an ethics of decision, participants become ready to make some significant professional changes and lead to the transformation of the projects. Nonetheless this process of self-affirmation can sometimes be at odds with the adoption of the new framework and vocabulary.

Third, collective action. La Comunificadora is a site where, through self-transformation, the individual or organization can shift its priorities by acknowledging the role of the collective. Unlike conventional demands on entrepreneurship, this change can entail slowing the pace of the project. Project leaders can take a step backwards and reorient priorities to build a community and enable collective discussion and negotiation. Collective action is at the centre of the programme. Whether it is the initiative itself with collective rather than individual entrepreneurship, the group exercises, or the invitation for projects to think of ways of working together and the potential collaborations with projects of the social market, working with others is the norm. Beyond the programme, collective action is also enacted through cooptation into the SSE sector in Barcelona and inter-cooperation. Nonetheless, collective action within La Comunificadora was constrained by precarious conditions of existence and limited resources granted by the public institution.

Vera Vidal is a PhD candidate at Dimmons, IN3-UOC and responsible for the intermediation between practitioners and researchers at la Coop des Communs. 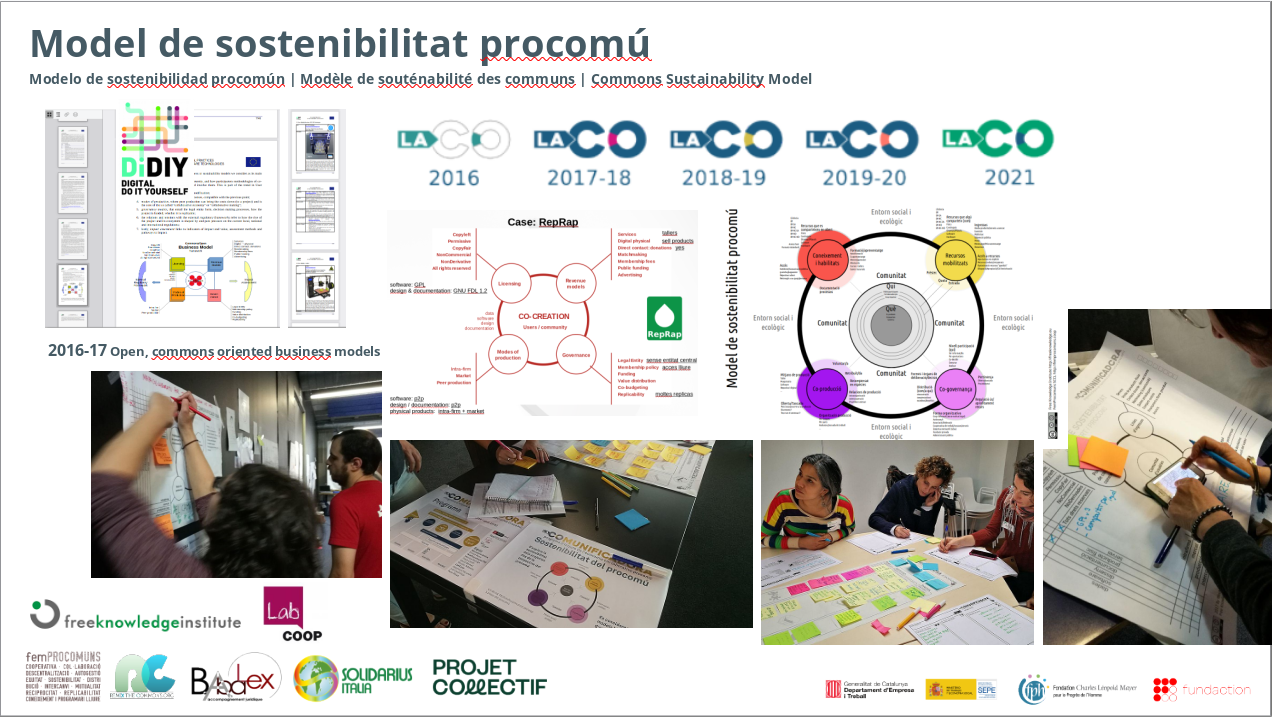